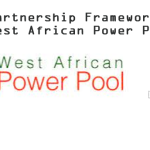 The University of Nigeria, Nsukka has signed a ground-breaking partnership agreement with the West African Power Pool (WAPP). The signing ceremony was held on June 13th, 2022, at the Headquarters of WAPP, in Cotonou, Benin Republic. The MOU was signed by the Vice-Chancellor, Professor Charles A. Igwe, representing UNN while the Secretary General of WAPP, Engr. Siengui A. Ki, signed on behalf of WAPP. The purpose of the Framework Agreement is to define the legal framework for the establishment of a formal partnership between the WAPP and the UNN in order to conduct joint capacity building, research and development projects in the areas of Power Generation, Transmission, Distribution and the Electricity Market for the benefit of key stakeholders in the power and industrial sectors of West African countries.

In his remarks during the signing ceremony, the Secretary General of WAPP expressed confidence in the ability and capacity of UNN to partner with the WAPP to deliver solution to the West African sub-regions, especially in skills acquisition and training of high-level workforce. On the other hand, the Vice-Chancellor of UNN thanked the Secretary General of WAPP and his management team for finding UNN worthy of collaboration and partnership based on the principles of solidarity and responsibility, shared interest and mutual respect, transparency and sustainability in the implementation of joint training and research projects. He assured the Secretary General that UNN has the requisite expertise and capacity to implement the terms of the partnership agreement, which include, among others:

The Vice-chancellor further expressed happiness that the agreement provides for WAPP to, among other things, assist UNN students’ internship within WAPP member utilities and/or within the WAPP general Secretariat, welcome UNN postgraduate students for practical training as well as contribute to the improvement of academic training given at UNN in line with the needs of the electricity sub-sector market.

The Vice-Chancellor specially commended the Centre Leader (Principal Investigator) of the Africa Centre of Excellence for Sustainable Power and Energy Development (ACE-SPED), Engr. Prof. Emenike C. Ejiogu and his management team for initiating discussion with WAPP more than eighteen (18) months ago and, despite the COVID-19 pandemic, painstakingly maintained strategic contact, respectively with the WAPP Centre of Excellence in Nigeria, that is, the National Power Training Institute of Nigeria (NAPTIN), Abuja and the WAPP, that eventually led to the successful conclusion of the partnership framework agreement.

It may be noted that the West African Power Pool (WAPP) is a specialized scientific and technological agency of the Economic Community of West African States (ECOWAS), created by Decision A/DEC.5/12/99 of the Twenty-Second Summit of the ECOWAS Authority of Heads of State and Government, in 1999, with the mission to promote and develop power generation and transmission infrastructures as well as to coordinate power exchange among the ECOWAS Member states. 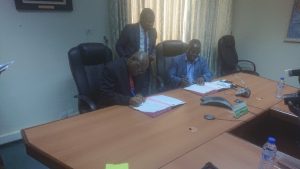 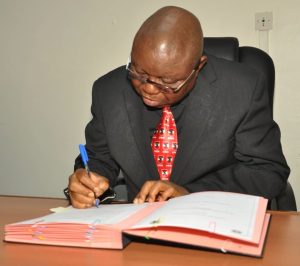 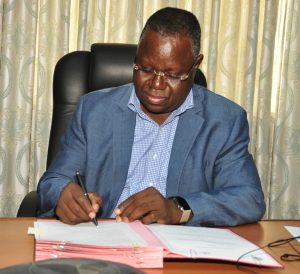 The Vice-Chancellor of UNN, Prof. Charles A Igwe (L) and the Secretary General of WAP, 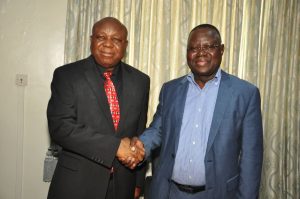 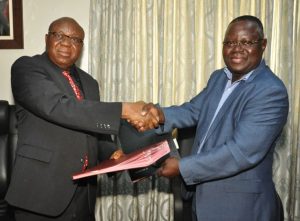 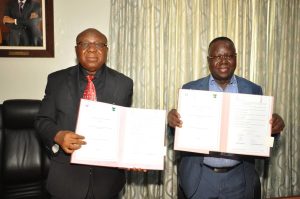 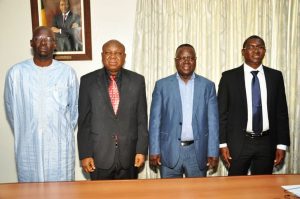 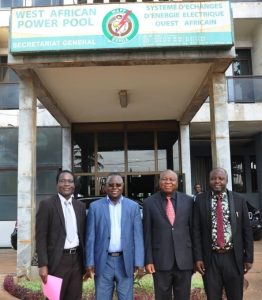 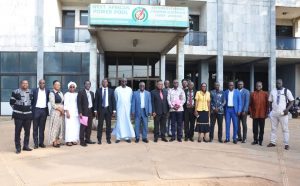 (L) The Secretary General of WAPP with members of UNN entourage at the signing ceremony: The Vice-Chancellor, Engr. Prof. Emenike C. Ejiogu and Engr. Assoc. Prof. Cosmas U. Ogbuka. (R) Members of the UNN entourage with officials of the WAPP, at the Headquarters of WAPP, Cotonou, Benin Republic